We use cookies to study and improve the user experience offered by the site. By continuing to browse the site you are agreeing to our cookie policy. 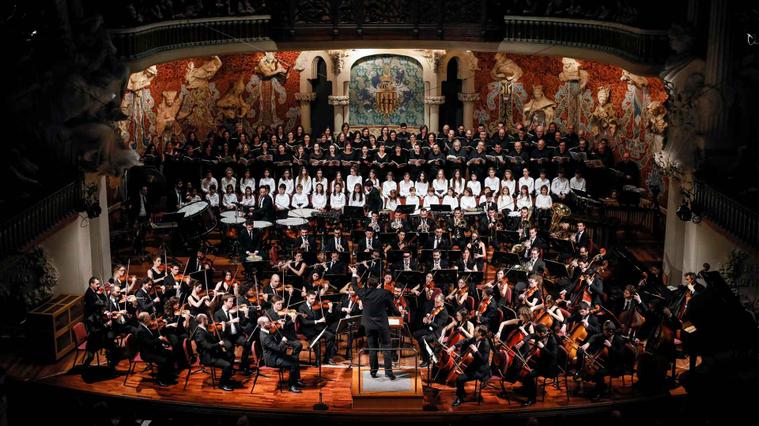 Ludwig van Beethoven's Ninth Symphony has been the star of important moments in history. The commemoration of the fall of the Berlin wall, or the acts of proclamation of the Second Spanish Republic with Pau Casals at the head, are some of the events where it has been publicly performed. It is not surprising that since 1985 an arrangement by Herbert von Karajan has been the official anthem of the European Union and that in 2003 the score was declared a World Heritage Site.

Musically, Beethoven's last symphony is full of novelties for its time, a fact that makes it a revolutionary, modern and fully romantic work. It is much more extensive than his previous symphonies, and we can find unusual instruments in the orchestration, such as the piccolo, the contrabassoon, the bass trombone and the triangle. However, the great revolution is in the 4th movement: apart from an innovative introduction by percussion, the end of this work includes a choral part with Friedrich von Schiller's poem Ode to Joy.

After the interpretation of the eight previous symphonies, the OCM begins the season together with the Orfeó Català to celebrate 'Beethoven Year' with one of the most important works in the history of music. An exaltation of fraternity among the peoples of the world, now more valid than ever.

You millions, I embrace you. This kiss is for all the world!